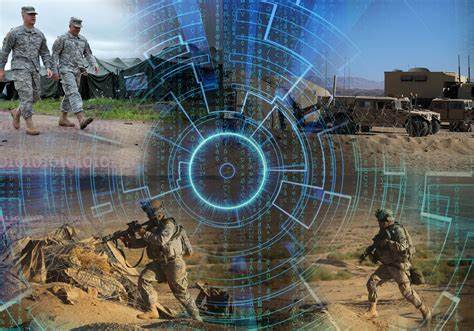 After nearly two decades of conflict against technologically inferior and insurgency-focused adversaries, the U.S. military and the Army are honing their cyber training against more sophisticated forces.

The Army, for its part, is moving toward a multidomain-capable force, which envisions the seamless integration of forces and capabilities across all spheres of warfare; air, land, sea, space and cyber, as well as the information dimension.

Part of realizing a multidomain force is meeting the need for tactical cyber and information capabilities outside of U.S. Cyber Command. Following a series of exercises and experimental units, the Army activated the 915th Cyber Warfare Battalion in 2019.

This first-of-its-kind unit is designed to provide non-lethal capabilities such as cyber, electronic warfare and information operations in support of Army Service Component Commands and their subordinate elements.

The vision is by 2026 the 915th will consist of 12 expeditionary cyber and electromagnetic activities teams (ECTs), each capable of providing cyber, electronic-warfare and information operations. Currently, there are three companies within the battalion with two ECTs under a separate company, consisting of a total of over 200 personnel. The third ECT is slated to be created at the end of fiscal year 2022.

Moreover, the goal is that each ECT will be aligned to specific geographic theaters.