​This week, United Nations Office of Counter-Terrorism (UNOCT) launched the United Nations Global Network of Experts on the Protection of Vulnerable Targets against Terrorist Attacks through an online event that gathered close to 200 senior officials, practitioners and experts from Member States, international and regional organizations, the private sector, civil society, and academia.

The launch of the network comes within the framework of the UN Global Programme on Countering Terrorist Threats against Vulnerable Targets. This came at the high-level virtual meeting held by the United Nations Office of Counter-Terrorism (UNOCT) to launch the Global Network of Experts on the Protection of Vulnerable Targets against Terrorist Attacks, with the participation of nearly 200 senior officials, experts and stakeholders from member states, international and regional organisations, the private sector, civil society, and academia. 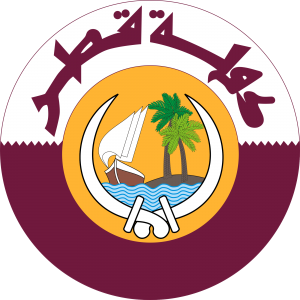 The State of Qatar is funding the program.

Under-Secretary-General of the United Nations Counter-Terrorism Office Vladimir Voronkov praised in his opening remarks the State of Qatar and thanked it for its support for launching the global network, and said that the network comes within the framework of the United Nations Global Programme on the Protection of Vulnerable Targets, and that this Programme is one of the strategic initiatives of the UNOCT, which is funded mainly thanks to the contribution made by the State of Qatar in favour of the Office.

This Programme, he said, is implemented in cooperation with the Counter-Terrorism Executive Directorate (CTED), the United Nations Interregional Crime and Justice Research Institute (UNICRI) and the United Nations Alliance of Civilisations (UNAOC).

His Excellency Permanent Representative of the State of Qatar to the United Nations Sheikha Alya Ahmed bin Saif Al-Thani participated as a keynote speaker in the meeting. She said in her remarks that the State of Qatar welcomes the new concrete outcome of this Global Programme on Countering Terrorist Threats against Vulnerable Targets supported by the State of Qatar.

Her Excellency stressed that the Global Programme is beneficial in supporting the efforts of member states to prevent, protect, mitigate, respond to, and recover from terrorist attacks against critical targets. The programme serves a crucial need in view of the imminent danger to vulnerable targets, including infrastructure, she added.

HE the Permanent Representative of the State of Qatar to the United Nations explained that in order to allow more effective interaction, the Global Network will be hosted on the Connect and Learn Platform, which is another tool through which UNOCT fulfils its mandate in coordinating and supporting international cooperation for counterterrorism.

Her Excellency drew attention to the efforts made by the State of Qatar in the framework of developing expertise and capabilities in the field of countering terrorist acts against vulnerable targets, stressing that the State of Qatar is ready to contribute to enhancing international cooperation and capacity building. In this context, she pointed out that the State of Qatar has nominated government focal points to enroll in the new Global Network of Experts, including the competent national agencies, namely the National Counter Terrorism Committee and the General Directorate of Industrial Security.

By facilitating liaison between national competent authorities of Member States and experts from different sectors, the new Global Network can play a central role in coordinating global efforts and facilitating exchange of best practices and needs for capacity building, she added. This network of experts and stakeholders seeks to protect critical infrastructure and “soft” targets, and to foster synergies between relevant stakeholders from across the world from both the public and private sectors, as well as academia, civil society, and international and regional organisations.

The Network, which was established in November 2021, already counts close to 150 members and is hosted online on the UNOCT Connect and Learn Platform.
The meeting witnessed lively discussions, in which a number of officials and experts from Member States, regional organizations and civil society participated. The discussions focused on the protection from terrorist attacks for each of the vital infrastructures, such as energy facilities, transportation systems or water supplies, and “soft targets” such as urban centres, tourist places, religious sites, and major cultural and sporting events.