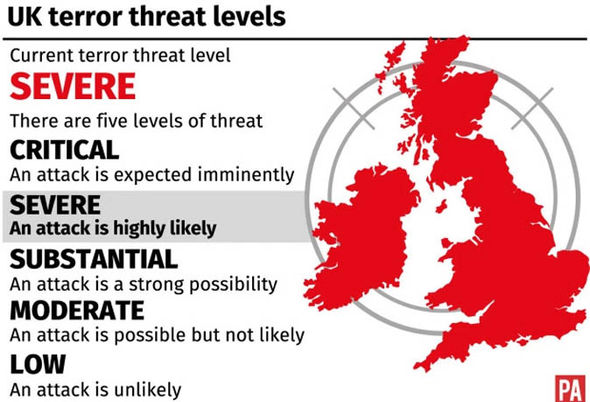 Downing Street has confirmed that the UK’s terror threat has increased to the second-highest level available, “severe”, after an incident in Liverpool.

An explosive device was detonated outside Liverpool’s Women Hospital two minutes before the 11am silence on Remembrance Sunday in a taxi.

Assessments of threat levels are taken by the Joint Terrorism Analysis Centre (JTAC) which is part of MI5.

It makes it recommendations independently from the government.

The five levels of threat are:

JTAC is based at MI5’s headquarters in London and is made up of counter-terror experts from the police, government and security agencies.

It says the threat level decisions take into account a number of factors including: