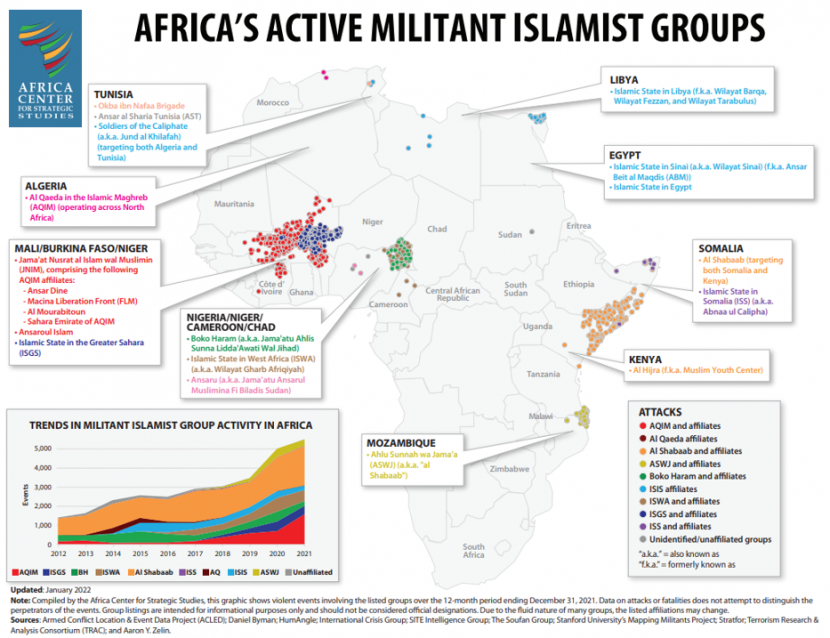 Mozambique’s ambassador to the United Nations, Pedro Comissário Afonso, said on Tuesday in New York that the international community should “unite its efforts” to combat what he called the “progressive Africanisation of terrorism.”

The diplomat, who was speaking at a ceremony to mark the start of Mozambique’s two-year term as a non-permanent member of the UN Security Council, said that this “progressive Africanisation of terrorism” was one of the “contemporary threats to international peace and security.”

Mozambique was on 9 June elected a non-permanent member of the UN Security Council for 2023 and 2024.

“The UN was created to be a centre for harmonising the actions of nations in achieving common goals, including international peace and security, the pursuit of friendly relations between nations and international cooperation,” said the ambassador. “By achieving these goals, we can pave the way, as the [United Nations] Charter says, for the promotion of social progress and better standards of living in wider freedom. We must continue to live by these principles.”

Four other countries – Ecuador, Japan, Malta and Switzerland – also begin a two-year term as non-permanent members of the Security Council on Tuesday.

“Today is an important date,” said Afonso, who said that his country was taking on membership of the Security Council for the first time ever “with a sense of great responsibility” and that this was a “historic” day.

Mozambique, he went on, “pledges to devote its full energy, in cooperation with other members of this august body for the maintenance of peace and global security.”

Citing the UN Charter, which gives the Security Council “the imperative to seek peaceful solutions to conflicts and the duty to cooperate with other nations,” Afonso said that these are also “sacred principles inscribed in” Mozambique’s own constitution.

“As an elected member, we shall therefore attach great importance to situations that constitute serious threats to the peaceful existence of states in the twenty-first century,” he said.

According to Security Council rules on the rotating chair, Mozambique is to preside over the body in March.

The Security Council, which was created to maintain international peace and security in accordance with the principles of the UN, has five permanent members – the US, Russia, France, the UK and China – and 10 non-permanent members. Each year, the General Assembly – where all UN member states are represented – elects five non-permanent members for a two-year term, electing another five the following year.

Under the terms of a UN resolution, the non-permanent members’ seats are distributed as follows: five from Africa and Asia, one from Eastern Europe, two from Latin America, and two from Western Europe and other states.

Mozambique’s election to the Security Council came at a time when the armed insurgency in Cabo Delgado province remains the country’s own main security challenge, with responsibility for some of the attacks claimed by the local affiliate of the extremist group Islamic State.

The insurgency, which has already lasted over five years, led to a military response from July 2021 that has sent support from Rwanda and the Southern African Development Community (SADC). This has made it possible to liberate districts near the region’s big natural gas projects, but new waves of attacks have emerged to the south and in neighbouring Nampula province.