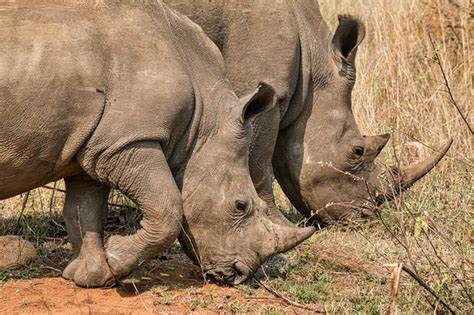 Over the last decade poaching has become one of the biggest threats to wildlife diversity and is responsible for the population decline of endangered species in Southern Africa. Among the worst affected are pangolins, rhinos, and elephants.

One of the biggest challenges faced by wildlife and conservation reserves is the ability to monitor the whole of the game park or reserve.

South Africa’s Krugersdorp National Park is one of the largest game reserves in the world with an area of 19,485 km2 (7,523 square miles).

However, drone technology has shifted the balance of power in the fight against poaching.

In 2014, Graham Dyer, a former ranger and drone operator in Kruger National Park, patrolled the Pretoriuskop area in Kruger National Park for a period of six weeks with drones. During that period, no killings were recorded while the drones were airborne, compared to the previous month when nine rhinos were killed in poaching attacks.

The ability to combine visual, thermal, and infrared detection capabilities during low visibility periods is one of the major advantages that drones bring to the table.

Detecting poachers under the cover of night is a daunting task, and so drones increase the rangers’ response time and ability to detect poachers when it’s dark – this is when up to 80% of all poaching occurs.

Drones equipped with infrared detectors can detect and distinguish the heating signatures of wild animals and humans during the evening or at night. The drones can also be outfitted with strobe lights, which can be used to pinpoint poachers.

More advanced drone models are outfitted with magnet detectors and audio device detectors that are used to detect the presence of firearms as well as the rate of fire of the firearm, and thus determine weaponry profiles.

Drones can also be equipped with sirens which can be used to herd wildlife away from poaching traps.

Drones hinder poachers’ ability to carry out their operations. But Dyer highlights that while drones are the “eyes” of patrol teams, they do not perform the arrests – rangers do.