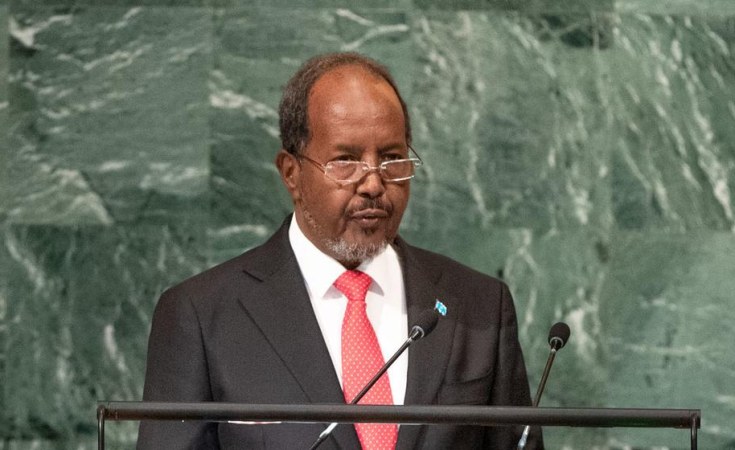 Somali President Hassan Sheikh Mohamud vowed this week that his government will eradicate the threat of al-Shabab and other terrorist groups in his country.

“We are now confident that with enhanced public support, our government will eliminate terrorism from Somalia,” Mohamud said in his address Sept. 22, 2022, to the U.N. General Assembly in New York.

Somali army forces backed by local militias have retaken dozens of villages from the al-Shabab militant group in recent weeks, mostly in the central Hiran and Galgudud regions.

The U.S. military, which has backed the Somali government with airstrikes against Islamist militants for a decade, said Wednesday it had killed 27 fighters from al-Shabab in an airstrike in the Hiran region.

Mohamud said that the Somali government will take a leading role in the fight against terrorism and will continue to work with all its partners, including the African Union Transition Mission in Somalia, but added that Somalia needs international support to implement its plans.

“We are fully committed to doing the heavy lifting to secure our future,” Mohamud said.