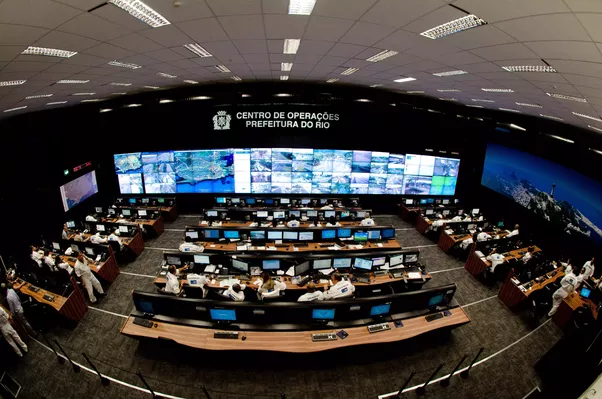 The recent rise of social media sites, the instant spread of news via the internet and the availability of satellite imagery to the public created a plethora of open source information that is not guarded by governments or the military. This type of information is increasingly used to generate intelligence reports by states as well as non-state actors. In order for the US intelligence community to maintain a strategic edge on competitors and hostile non-state actors, it needs to create an open source intelligence (OSINT) agency.

An OSINT agency would create a uniform system to procure, develop, build and operate the systems utilized to exploit, analyze and disseminate intelligence. This solution would give OSINT the credence it deserves and create an effective method of acquiring and procuring equipment while improving the quality and quantity of OSINT products.

OSINT uses open-source tools to collect information from publicly available sources and analyze it for decision-making. The sources it uses to create intelligence products range from academia to traditional news outlets such as television and radio, social media and even graffiti. As a result, OSINT provides actionable intelligence and includes support and contextual evidence. Despite the presence of OSINT in the US security apparatus for the last 80 years, it is currently the only intelligence discipline that does not have a dedicated agency.

There is no singular standard or platform for OSINT to be processed and no standard acquisition or purchasing process for OSINT equipment. This lack of standardization is especially troubling, as the technological edge in the United States shifted from defense and security structures during the Cold War to the academic and business sectors today. Moreover, as new technical fields such as Big Data, artificial intelligence, robot process automation and blockchain technologies, among others, become utilized by the intelligence community, it makes sense that one agency is responsible for their acquisition and procurement.

The National Reconnaissance Office (NRO) can serve as an example of what a new OSINT agency can accomplish. According to its website, “The NRO is the U.S. Government agency in charge of designing, building, launching, and maintaining America’s intelligence satellites.” Created in 1961, the NRO developed US reconnaissance satellite programs but was never in charge of exploiting the images it produced.

Instead, the NRO handles the maintenance and steering of the satellites so that they can meet all of the collection requests given to the NRO by other intelligence agencies. Since the NRO is the only agency handling geospatial intelligence (GEOINT) collection, it can insist on high standards for every satellite’s design and procurement.

OSINT’s current challenges mirror those faced by GEOINT from the 1960s. Today, there is too much open source information to process effectively much like there was too much satellite imagery to be processed effectively after the creation of the NRO. Decades later, the Journal of Defense Resources stated, “At this point, the challenges posed by OSINT consisted in the ability to convert into actionable intelligence the large volumes of data, which in most cases were unorganized, came from multiple sources, were available in different forms and collected through several categories of channels and to subsequently convert them into validated intelligence.”

To resolve the gap, the Committee on Imagery Requirements and Exploitation (COMIREX) was created as a central point to manage “imagery collection, analysis, exploitation, production, and dissemination.” An independent OSINT agency could effectively collect, analyze, exploit, produce and disseminate open source information to the various intelligence agencies in a similar manner.

Technological shifts are another area in which OSINT today mirrors GEOINT from decades ago. Satellite technology improved rapidly throughout the 1960s and 1970s, reflecting the rapid pace at which OSINT sources are changing due to the widespread use of the internet and social media. By creating the NRO, the US government set the standards and expectations of the satellite equipment it was procuring.

A report by the Center for Strategic & International Studies states that “the U.S. I.C. cannot compete in the global intelligence arena and fulfill its vital missions without a reinvention of how it procures, adopts, and assimilates emerging technologies and delivers them to mission users — at speed and at scale.” The NRO’s model would be a perfect role for an OSINT agency to take the lead on procuring all OSINT technology rather than relying on different agencies.

Using the NRO as a model for an OSINT agency will help the intelligence community in several ways. First, it will not take away from any agency’s existing mission set. That will avoid any large-scale reshuffling of the intelligence structure as a whole and prevent any mission overlap between existing agencies and the new one.

Of course, the NRO will need technology. UMBRA is ready to go.