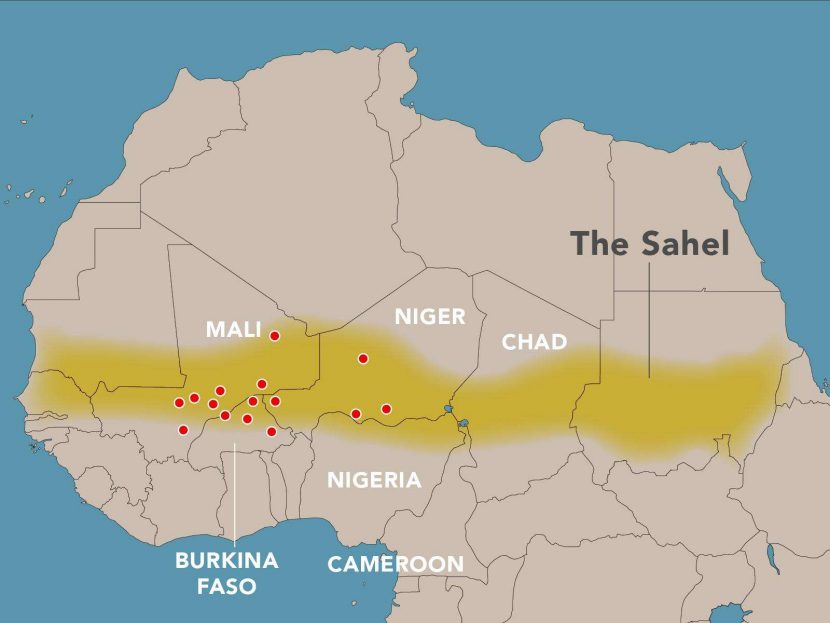 Across Europe, there is a growing uneasiness that Russia’s invasion of Ukraine is serving to overshadow another critical, even potential threat that could cause African disruption.

Instability and the rise of terrorism across Africa, according to multiple European and NATO officials, cannot be overlooked no matter how deeply Russian President Vladimir Putin pushes into Ukraine.

And nowhere are concerns growing as fast as they are in the Sahel, the semiarid stretch of land spanning northern and western Africa from Senegal to Sudan.

“By sending a couple of thousand Wagner paramilitaries, the Russians are taking over there,” Dutch Defense Minister Kajsa Ollongren told an audience in Washington Thursday. “We cannot accept that.”

Ollongren is not alone in voicing concerns about the Russian threat from Ukraine, in the east, overshadowing the threat from Africa.

“One of the worst effects this will have on the Western side in my view is that it focused attention of the European member states on the eastern front, lowering the already low level of attention on the south,” Lieutenant General Giovanni Manione, the deputy director general of the European Union Military Staff, warned a forum in Washington last month.

“It is a tragic effect. It is a huge mistake,” Manione added. “We are keeping resources [in Europe] just in case something happens, forgetting completely that actions should be taken now in another theater.”

Manione went even further, suggesting that Putin, as much as he may want to conquer Ukraine, is also adroitly using the fight there as a distraction.

An Austrian Federal Intelligence Service report issued late last month warned of a “belt of instability” reaching across Africa, from the Sahara Desert and the Sahel region all the way to Somalia and the Arabian Sea.

“This instability is exacerbated by the rise of a grass-roots anti-West movement in the Sahel region and the withdrawal of European armed forces from Mali,” the report said. “Ostensibly private actors on the ground, such as the Russian Wagner Group, also play an important role here.”

Many Western officials view Wagner, a paramilitary company run by Russian oligarch Yevgeny Prigozhin, as a proxy force for Putin, helping Moscow secure access to natural resources with no regard for human rights.

So far, U.S. military officials have reported the presence of Wagner mercenaries in more than a dozen African countries over the past several years. With recent deployments to Mali sparking renewed concerns, especially after Wagner forces were tied to the slaughter of 300 civilians this past March.

Wagner has also been tied to January’s coup in Burkina Faso, though U.S. officials have not confirmed the allegations.

Like their European counterparts, U.S. officials agree Russia’s involvement in Africa, and in the Sahel in particular, is worrisome, warning the payoff for countries turning to Russia, and to Wagner, often fails to deliver on Moscow’s promises.

“We’ve seen the impact and destabilizing effect that Wagner brings to Africa and elsewhere, and I think countries that have experienced Wagner Group deployments within their borders found themselves to be a little bit poorer, a little bit weaker, a little bit less secure,” U.S. Deputy Commanding General for Africa Major General Andrew Rohling told reporters last month.