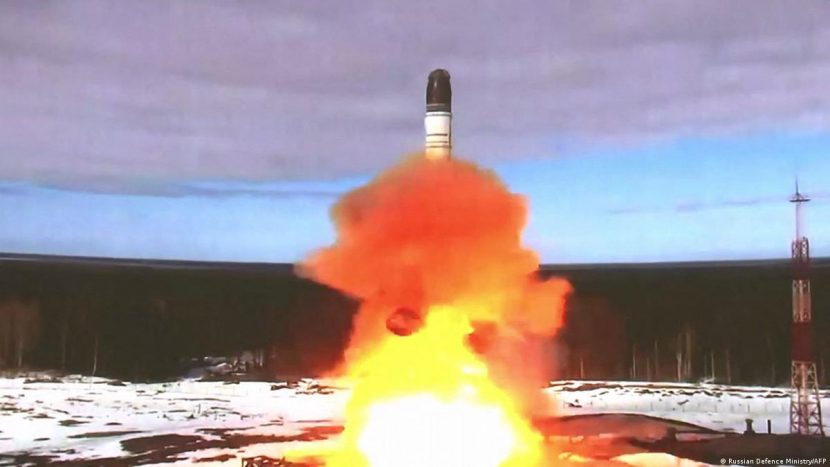 Russia’s military test-fired a new intercontinental ballistic missile during the Ukraine war, adding to its already considerable arsenal, in a demonstration Russian leader Vladimir Putin used to take a shot at the US and the Western coalition opposing his invasion of Ukraine.

The first launch of the intercontinental ballistic missile “Sarmat” was carried out Wednesday by Russian military forces, Russian state agency TASS reported. It was tested at the Plesetsk cosmodrome in the Arkhangelsk region, TASS reported.

Putin congratulated the military on the successful test.

“This is a great, significant event in the development of promising weapons systems for the Russian army,” Putin said, TASS reported.

Russia notified the US of the ICBM test launch in accordance with the New Start treaty, but its rhetoric and choice to go ahead with the treaty stands in stark contrast to the US, which had canceled an ICBM test-launch in March not long after Russia began its war on Ukraine. Putin and his aides have repeatedly threatened to use nuclear weapons in what experts believe to be a ploy to warn powerful countries like the UK, Germany and the US from coming to Ukraine’s aid.