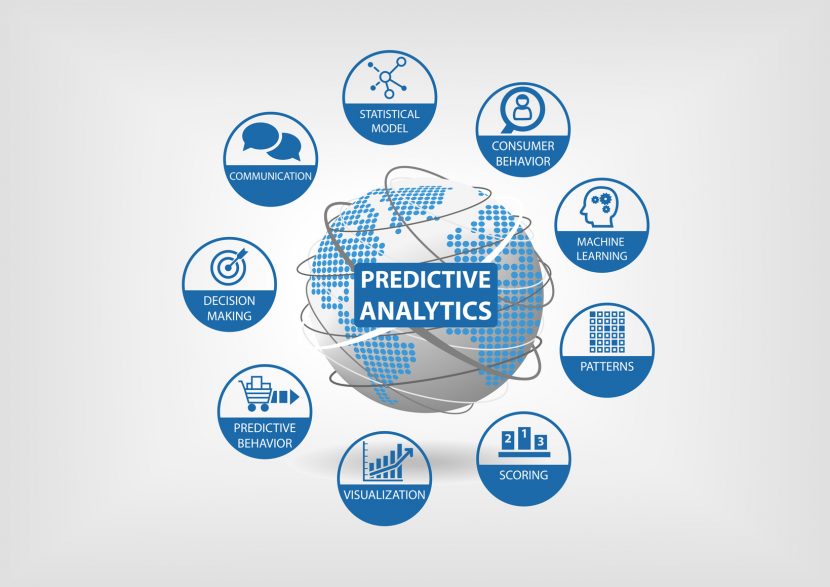 Predictive modeling is a statistical technique that can predict future outcomes with the help of data and machine learning tools. Predictive models make assumptions based on the current situation and past events to show the desired output.

Predictive analytics models can predict anything based on credit history and earnings, whether a TV show rating or the customer’s next purchase. If the new data shows the current changes in the existing situation, the predictive models also recalculate the future outcomes.

The use of predictive analytics is to predict future outcomes based on past data. The predictive algorithm can be used in many ways to help companies gain a competitive advantage or create better products, such as medicine, finance, marketing, and military operations.

However, you can separate the predictive analytics algorithms into two categories:

Random forest algorithm is primarily used to address classification and regression problems. Here, the name “Random Forest” is derived as the algorithm is built upon the foundation of a cluster of decision trees. Every tree relies on the random vector’s value, independently sampled with the same distribution for all the other trees in the “forest.”

These predictive analytics algorithms aim to achieve the lowest error possible by randomly creating the subsets of samples from given data using replacements (bagging) or adjusting the weights based on the previous classification results (boosting). When it comes to random forest algorithms, it chooses to use the bagging predictive analytics technique.

When possessed with a lot of sample data, you can divide them into small subsets and train on them rather than using all of the sample data to train. Training on the smaller datasets can be done in parallel to save time.

Some of the common advantages offered by the random forest model are:

The generalized linear model is a complex extension of the general linear model. It takes the latter model’s comparison of the effects of multiple variables on continuous variables. After that, it draws from various distributions to find the “best fit” model.

The most important advantage of this predictive model is that it trains very quickly. Also, it helps to deal with the categorical predictors as it is pretty simple to interpret. A generalized linear model helps understand how the predictors will affect future outcomes and resist overfitting. However, the disadvantage of this predictive model is that it requires large datasets as input. It is also highly susceptible to outliers compared to other models.

To understand this prediction model with the case study, let us consider that you wish to identify the number of patients getting admitted in the ICU in certain hospitals. A regular linear regression model would reveal three new patients admitted to the hospital ICU for each passing day. Therefore, it seems logical that another 21 patients would be admitted after a passing week. But it looks less logical that we’ll notice the number increase of patients in a similar fashion if we consider the whole month’s analysis.

Therefore, the generalized linear model will suggest the list of variables that indicate that the number of patients will increase in certain environmental conditions and decrease with the passing day after being stabilized.

The gradient boosted model is widely used to test the overall thoroughness of the data as the data is more expressive and shows better-benchmarked results. However, it takes a longer time to analyze the output as it builds each tree upon another. But it also shows more accuracy in the outputs as it leads to better generalization.

K-means is a highly popular machine learning algorithm for placing the unlabeled data points based on similarities. This high-speed algorithm is generally used in the clustering models for predictive analytics.

The K-means algorithm always tries to identify the common characteristics of individual elements and then groups them for analysis. This process is beneficial when you have large data sets and wish to implement personalized plans.

For instance, a predictive model for the healthcare sector consists of patients divided into three clusters by the predictive algorithm. One such group possessed similar characteristics – a lower exercise frequency and increased hospital visit records in a year. Categorizing such cluster characteristics helps us identify which patients face the risk of diabetes based on their similarities and can be prescribed adequate precautions to prevent diseases.

The Prophet algorithm is generally used in forecast models and time series models. This predictive analytics algorithm was initially developed by Facebook and is used internally by the company for forecasting.

The Prophet algorithm is excellent for capacity planning by automatically allocating the resources and setting appropriate sales goals. Manual forecasting of data requires hours of labor work with highly professional analysts to draw out accurate outputs. With inconsistent performance levels and inflexibility of other forecasting algorithms, the prophet algorithm is a valuable alternative.

The prophet algorithm is flexible enough to involve heuristic and valuable assumptions. Speed, robustness, reliability are some of the advantages of the prophet predictive algorithm, which make it the best choice to deal with messy data for the time series and forecasting analytics models.

The ARIMA model is used for time series predictive analytics to analyze future outcomes using the data points on a time scale. ARIMA predictive model, also known as the Box-Jenkins method, is widely used when the use cases show high fluctuations and non-stationarity in the data. It is also used when the metric is recorded over regular intervals and from seconds to daily, weekly or monthly periods.

The autoregressive in the ARIMA model suggests the involvement of variables of interest depending on their initial value. Note that the regression error is the linear combination of errors whose values coexist at various times in the past. At the same time, integration in ARIMA predictive analytics model suggests replacing the data values with differences between their value and previous values.

There are two essential methods of ARIMA prediction algorithms:

Long short term memory or LSTM recurrent neural network is the extension to Artificial Neural Networks. In LSTM RNN, the data signals travel forward and backward, with the networks having feedback connections.

Like many other deep learning algorithms, RNN is relatively old, initially created during the 1980s; however, its true potential has been noticed in the past few years. With the increase in big data analysis and computational power available to us nowadays, the invention of LSTM has brought RNNs to the foreground.

As LSTM RNN possesses internal memory, they can easily remember important things about the inputs they receive, which further helps them predict what’s coming next. That’s why LSTM RNN is the preferable algorithm for predictive models like time-series or data like audio, video, etc.

To understand the working of the RNN model, you’ll need a deep knowledge of “normal” feed-forward neural networks and sequential data. Sequential data refers to the ordered data related to things that follow each other—for instance, DNA sequence. The most commonly used sequential data is the time series data, where the data points are listed in time order.

Convolution neural networks(CNN) is artificial neural network that performs feature detection in image data. They are based on the convolution operation, transforming the input image into a matrix where rows and columns correspond to different image planes and differentiate one object.

On the other hand, CNN is much lower compared to other classification algorithms. It can learn about the filters and characteristics of the image, unlike the primitive data analytics model trained enough with these filters.

The architecture of the CNN model is inspired by the visual cortex of the human brain. As a result, it is quite similar to the pattern of neurons connected in the human brain. Individual neurons of the model respond to stimuli only to specific regions of the visual field known as the Receptive Field.

As mentioned above, LSTM stands for the Long Short-Term Memory model. LSTM is a gated recurrent neural network model, whereas the bidirectional LSTM is its extension. LSTM is used to store the information and data points that you can utilize for predictive analytics. Some of the key vectors of LSTM as an RNN are:

The forget gate and the output gate decide whether the passing information should be kept or get rejected. At last, the memory of the LSTM block and the condition at the output gates helps the model to make the decisions. The generated output is then again considered as the input and passed through the network for recurrent sequence.

On the other hand, bidirectional LSTM uses two models, unlike the LSTM model training the single model at a time. The first model learns the sequence of the input followed by the second, which learns the reverse of that sequence.

Using the bidirectional LSTM model, we have to build the mechanism to combine both the models, and these methods of combining are called the merge step. Merging of the models can be done by one of the following functions:

YOLO is an abbreviation for the “You Only Look Once” algorithm, which uses the neural network to enable real-time object detection. This predictive analytics algorithm helps to analyze and identify various objects in the given picture in real-time.

As the name suggests, the YOLO predictive algorithm uses single forward propagation through the neural network model to detect the objects in the image. It means that the YOLO algorithm makes predictions in the image by a single algorithm run, unlike the CNN algorithm, which simultaneously uses multiple probabilities and bounding boxes.