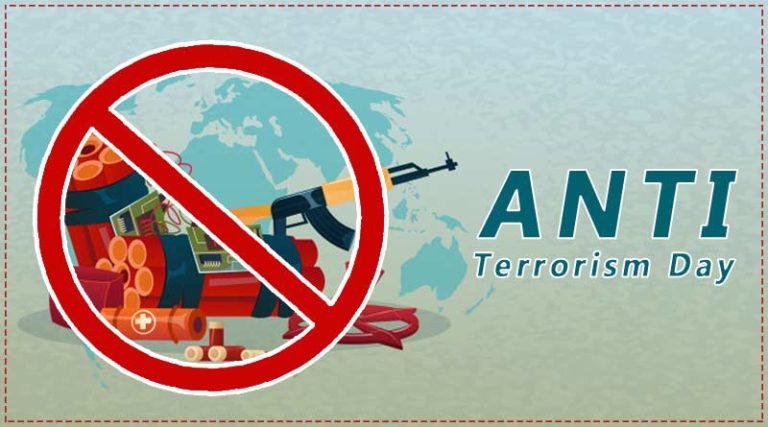 In India, the National Anti Terrorism Day is observed on May 21 to commemorate the death anniversary of former Prime Minister of India, Rajiv Gandhi. The day is also observed to spread the message of peace, harmony, and humankind and to promote unity among the people. Rajiv Gandhi was India’s youngest Prime Minister. He was appointed as the sixth Prime Minister of the country and served the nation from 1984 to 1989.

It is proposed by MHA that the ‘Anti-Terrorism Pledge” may be taken solemnly by the Officials in their rooms/offices itself, keeping in view the safety of participants and organisers and to avoid public gatherings.

India celebrates to remember the victims of the 2001 Parliament attacks and to recommit to the fight against terrorism. The day is also an opportunity to reflect on the importance of counter terrorism cooperation and coordination among all stakeholders.

Since its inception, the day has served as a reminder of the need for continued vigilance against the threat of terrorism.