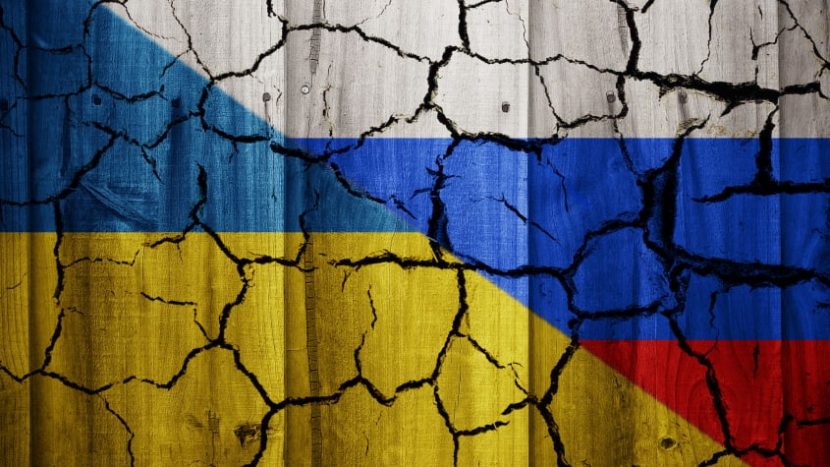 In this war of cyberattacks, waves of phishing emails hit Ukraine’s military personnel, allegedly originating with a Belarussian hacking crew. Distributed denial of service attacks, or DDoS, which flood websites with traffic until they collapse, continue to inundate government targets. Wiping malware spreads across the nation, capable of destroying a computer’s memory in seconds. Some reports citing a U.S. official have indicated that power plants have been under attack, though no details were provided. Even cybercriminals—the Conti ransomware crew, namely—have threatened to hit critical infrastructure in response to attacks on Russia. And physical attacks are having an impact—one IT professional who fled Kyiv earlier this week said Wi-Fi was down where he’d relocated because Ukrainian forces had blown up bridges, taking down internet cables.

Like a guerrilla army, Ukrainian cyberattackers vow to hit their targets and move on, even if the larger battle looks lost. A group of guerrilla hackers has been assembled inside and outside Ukrainian borders that even includes a handful of Russians who oppose President Vladimir Putin’s invasion.

Together, they’ll be playing offense and defense—trying to protect resources and break into Russian systems. They apparently have a direct line to government defense officials in the capital Kyiv who can tell him what needs protecting and what needs targeting.

If Kyiv falls, the cyber army won’t disband. It will continue to defend Ukrainians and attack the Kremlin.

Such guerrilla resistance may be the last line of defense for Ukraine. It comes as government officials urge all citizens to take up arms where they can to fight the Russian army on the streets.

Meanwhile, other cybersecurity workers in Kyiv remain stoic. One tasked with protecting critical infrastructure said the hard work continued to be done by cybersecurity teams inside Ukraine.

As a sign of how cybersecurity firms in Ukraine remain steadfast in the face of war, one of the country’s premier companies, Information Systems Security Partners, wrote Friday on Facebook to expect massive Russian cyberattacks whose main goals were to push systems offline, foment panic with disinformation and undermine confidence in Ukrainian state institutions.

“So keep calm and be cyber-conscious,” the post read. “Let’s hold on! The truth is behind us!”