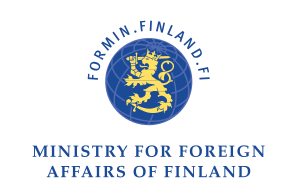 The mobile devices of Finnish diplomats working abroad have been hacked with the use of sophisticated spyware, Finland’s government said Friday, and the Nordic country’s spy chief said a “state actor” was likely to blame.

The Finnish Foreign Ministry said the victims were targeted through Pegasus software developed by Israeli spyware company NSO Group. The software can seamlessly infiltrate a mobile phone and allow its operators to gain access to the device’s contents and location history.

“We can now be clear that there has been spyware in our phones,” stated the ministry’s head of information security, Matti Parviainen. The infected mobile devices were used by Finnish diplomats posted overseas, although the ministry refused to comment on how many staff were targeted, nor on whether the identity of the cyberattackers is known.

“We have good guesses” about how long the diplomats were spied on, Parviainen said, but the espionage is no longer continuing. Diplomats’ phones only handle information that is either public or with the lowest security classification, the ministry said, but added “the information and its source may be confidential between diplomats.”

Pegasus, which can switch on a phone’s camera or microphone and harvest its data, was at the centre of a scandal last year after a list was made public of about 50,000 potential surveillance targets worldwide, including journalists, politicians, lawyers and dissidents.

Pegasus spyware does take the phone under its control as the microphone and camera of these devices were being spied on.