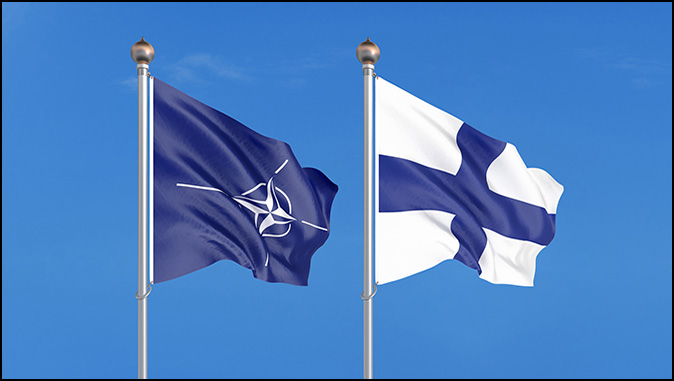 Ending decades of neutrality, Finland has at last decided to forward its application for membership in the North Atlantic Treaty Organisation (NATO) on May 13, a Finnish newspaper Iltalehti reported on Monday. The report comes days after the local Finnish media predicted that the Nordic country will publish the applications in the week beginning from May 16. On Monday, Swedish Foreign Minister Ann Linde also stated that Finland is “almost certain” about its ascension to the intergovernmental military bloc.

Finland has remained neutral for decades. However, after the end of the Cold War, their officially non-aligned military began taking part in exercises and exchanging intelligence with NATO partners. As many as 68% of Finns are in favour of joining the alliance according to the latest poll, including former Finland Prime Minister Alexander Stubb, who said Finland will “definitely” be applying for inclusion in NATO.