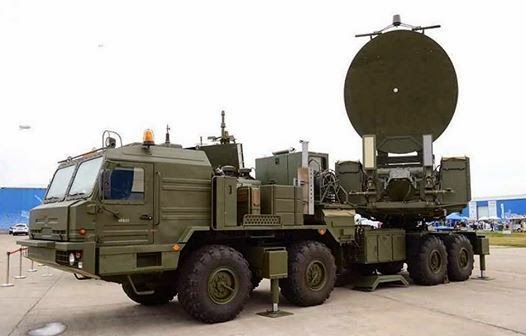 When Russian forces occupied Ukraine’s Crimean peninsula in February 2014, the Russian Navy reportedly jammed cell phone signals in the process. This kind of attack, paired with the physical destruction of communications infrastructure, as well as online attacks on internet-connected sites and services, is broadly categorized as electronic warfare.

War is still primarily an undertaking involving bombs, bullets, and broken bodies, but the placement of those bombs and bullets is increasingly shaped by fights waged in the RF and microwave spectrum. Electromagnetic warfare is often paired with attacks on computer systems carried out over the internet, which are more commonly referred to as cyber attacks.

Understanding how modern wars are fought means understanding the invisible fights waged by electronic signals and via computer cyber warfare.

As Russia launches an attack on Ukraine, electronic warfare is part of the attack, as it was when Russia occupied parts of Ukraine in 2014. The 2014 occupation included the Russian capture of Crimea, complete with physical destruction of communication links to the rest of the country, and led to Russian support for two self-declared breakaway republics of separatists in Eastern Ukraine.

The Department of Defense defines Electronic Warfare as “military activities that use electromagnetic energy to control the electromagnetic spectrum (‘the spectrum’) and attack an enemy.” The spectrum encompasses everything from radio waves through visible light to gamma rays.

While radar debuted in World War II, much of combat was still fought within visual range, with pilots and soldiers alike trusting their eyes first to spot any enemies, or relying on map coordinates recorded by observers. Now, the increased range of weapons and the proliferation of sensors means everything from tanks to artillery to aircraft rely on sensors detecting signals in the electromagnetic spectrum.

For example, GPS signals, which are vital for many vehicles to know where they are, are radio signals. A radio-emitter that can block a drone from receiving those signals can prevent drones from flying. Russia’s truck-mounted Krasukha-4 system is a system that has been shown to jam drones at range in Syria. Other nations have demonstrated jammers that work at some range, like the MRZR LMADIS tested by the US Marine Corps in 2019.

While electronic warfare encompasses a spectrum of activities, the Department of Defense treats attacks on computers over the internet differently. The Department defines “cyberspace” as “a global domain” that includes “the internet, telecommunications networks, computer systems, and embedded processors and controllers.”

Or, more plainly, the connection between computers, networks, and the tools to use them is seen by the Pentagon as a place where war can happen. Sometimes, these attacks can take place through the electromagnetic spectrum in which a signal is used to inject code into an enemy’s computer. More often, these attacks travel over the existing infrastructure of the internet.

Defining “cyberwar” is a tricky topic, as it can be hard to draw the lines between what is espionage, what is sabotage, what is fighting, and especially, between what counts as civilian or military targets.