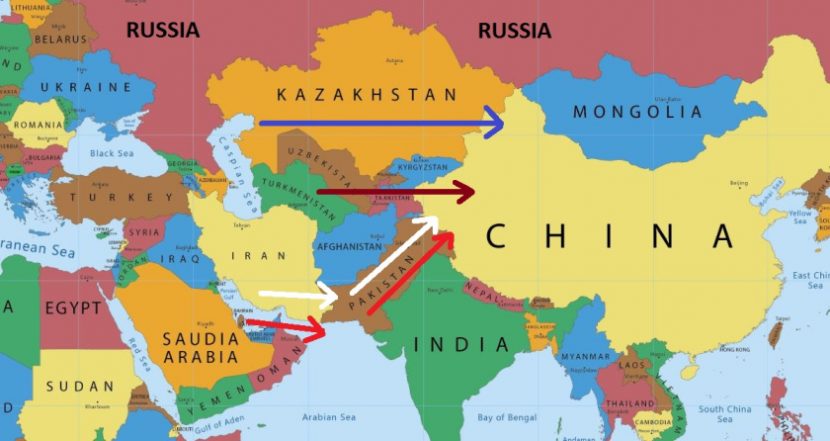 Finding it a “great opportunity”, China is seeking to strengthen its strategic tie-ups in the Middle East in the fields of energy, technology, and infrastructure, as the United States is uprooting itself from the whole middle eastern region after investing heavily.

In January this year alone, senior representatives from Arab countries including Saudi Arabia, Iran and Turkey, have visited China to discuss investments in security technology, infrastructure and energy resources including oil.

A meeting between Faisal Al Saud and Wang Yi, Foreign Minister and State Councillor was held in Wuxi, Jiangsu province of East China on January 10 where the two nations expressed their great interest in each other’s Marquee schemes such as “Vision 2030” and “Green Middle East” of Saudi Arabia and “Belt and Road Initiative” of China.

Experts believe that these visits of Foreign Ministers might prove to be a symbiotic relationship where both China and the Middle East can develop mutual cooperation. Apart from physical visits, there have been many virtual meetings as well between the Arab nations and China.

To boost its relationship with the Middle East, China has also contributed greatly in COVID-19 pandemic times. China’s pharmaceutical juggernaut, Sinopharm has developed a local COVID vaccine manufacturing plant in the KIZAD zone of UAE, according to IFFRAS.

Meanwhile, there have also been talks among China and Iran to revive the 2015 Iranian Nuclear Deal.